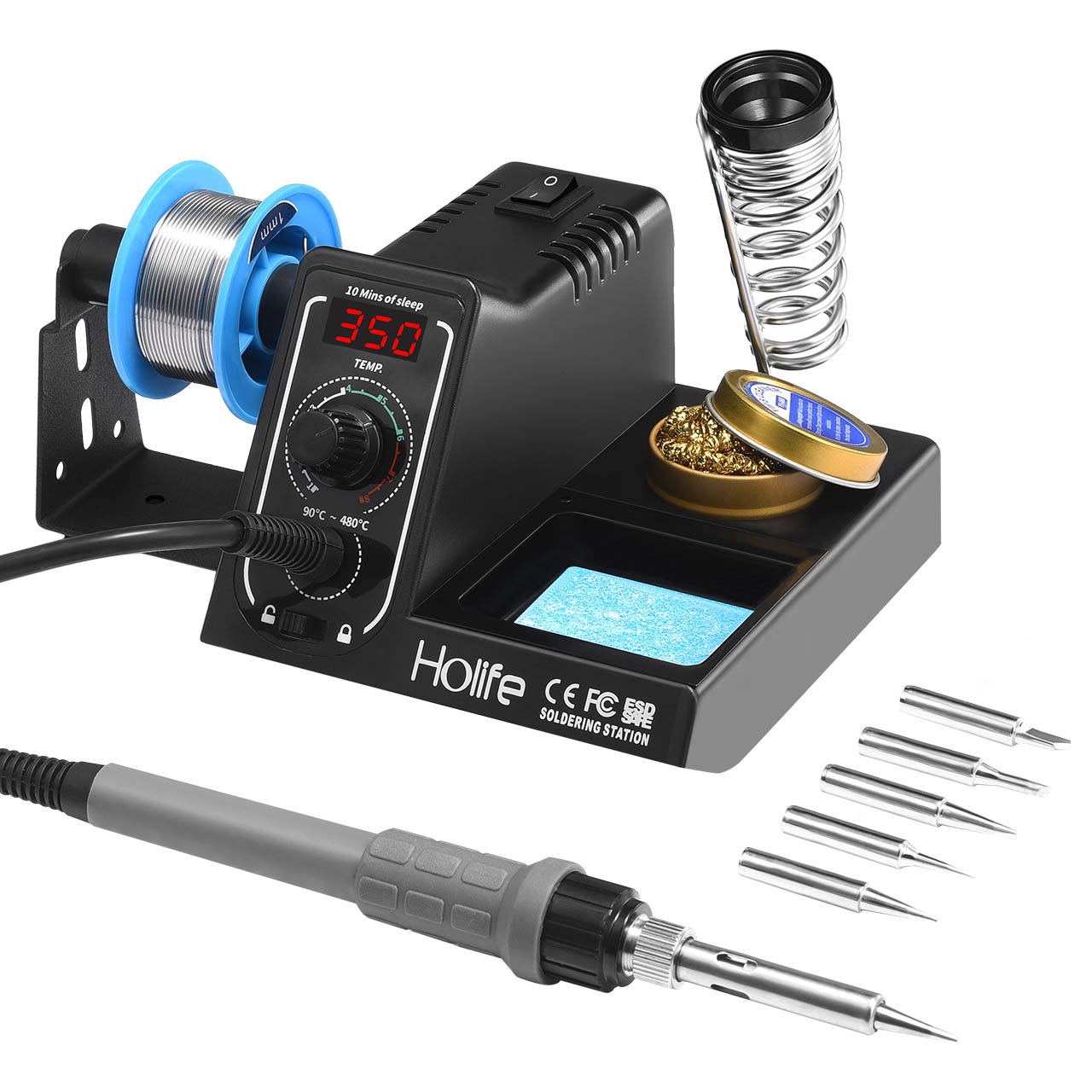 Soldering irons are the conventional and old way to solder the two wires or components. Such soldering equipment had a disadvantage of using more power due to the continuous supply of heat to the tip. Nowadays, soldering stations are conquering the market. These devices are intelligently functional and use less energy as compared to the older equipment. Soldering station has many advantageous features and functions that make them superior in its operations.

Temperature maintaining as well as stabilizing is also essential for your repair material. Most of the electric and electronic equipment is heat-sensitive and may provide you an inconvenience when exposed to too much heat. Some of the semi-conductors chips will stop working after having too much heat on their circuits. These modern soldering stations take care of overheating and melting of your circuit wires and provide you an efficient outcome.

Oxidation build-up at the soldering iron head is common. But with these trendy soldering stations, this problem is no more. The solder tips or heads are using the copper material which has a coating of iron. This material will tend to have less oxidation due to the lesser forms of iron oxide by controlling the temperature. Whenever the device is not in use, you will put it in the stand which automatically cuts off the current to reduce the temperature immediately. Someone might think it as a problem that the device gets cooled down once you put it in the holding stand. But there comes a recovery temperature feature of these stations. There lies a sensor at heard of soldering station which automatically completes the circuit and starts the flow of current whenever a metal touches it. Flowing of current leads to an immediate increase in temperature and you’ll get your work completed within minutes.

Tips are a delicate material of soldering iron because of the high temperature and oxidation build-up. But these soldering station has solved this problem. A consistent temperature will help you to avoid damage to the tips. Also, the less oxidation will provide a longer life-span to this part.

Overshooting or overheating can worsen the situation by melting the joints and damaging the wires. These fully functional soldering stations take care of your valuable and precious equipment by controlling the excess current and prevent overheating. Therefore, these soldering stations are good at providing you the utmost accuracy and precision in your repairing work by maintaining and stabilizing the temperature.